Home » OTHER TOPICS » Interview With Cedric Lizotte, from “Continents & Condiments”

My guest for this month’s series Travel Blogger Interviews is Cedric Lizotte, a freelance travel journalist with a passion for food. He is the creator of Continents & Condiments, a blog about food, drinks and travel. I had the pleasure of meeting Cedric this past spring, during the TBEX Meeting in Costa Brava, Spain. Some of you may already know him, but for those of you who don’t, here is your chance to find out more about who he is: 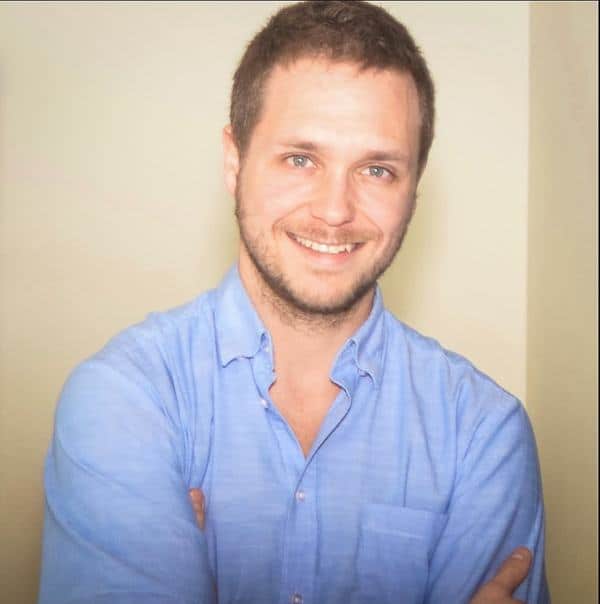 Tell us a little about yourself: Who are you? Where are you from?

I’m a journalist and photographer. I’m from Montréal, Canada. I come from a place where the simple act of saying where I’m from – “do I say Montreal, Quebec, Canada? Montréal? Do I include the “Québec” in there even though it’s obvious Montreal is in Quebec? And if I’m face-to-face, how do I pronounce it?” – can be perilous. Trolls are very active in this part of the world and people are easily offended. That’s probably why I chose to work in communications in general: arguing is in our blood.

What is your blog about and how did you start blogging?

My blog is a combination of a few things I do: it’s my portfolio, since all of the articles I write for other outlets are posted on it; it’s also where I talk about the things I like the most, travel and food; it’s one of the only places where I can truly showcase my photography; and finally it’s where I spend hundreds and thousands of unpaid hours just because I want to produce something I’m proud of.

I never really started blogging, blogging came to me. I’ve been a full-time journalist for about six years now and I worked in many different fields – editor, website editor, sports, hard news, music, new technologies – until I found out that it was possible to write about what was my true passion all along, travel. That’s when I started to blog for the Huffington Post, and eventually created my own blog.

Your blog has a French and an English version. Are you fluent in both languages, or you use a language translator plugin?

I’m a jack of all trades, and this includes being able to work in two languages, English and French. I write articles in both languages. My blog is basically two blogs in one, since the majority of the articles posted on the English side are never translated to French, and vice-versa. I’m also a translator. And I’ve worked with many companies that used translator plugins in the past. These plugins can only do one thing for you: alienate your readers. There is no translation software that will give you a positive result. Only a human can translate with acceptable results, at least to this day. 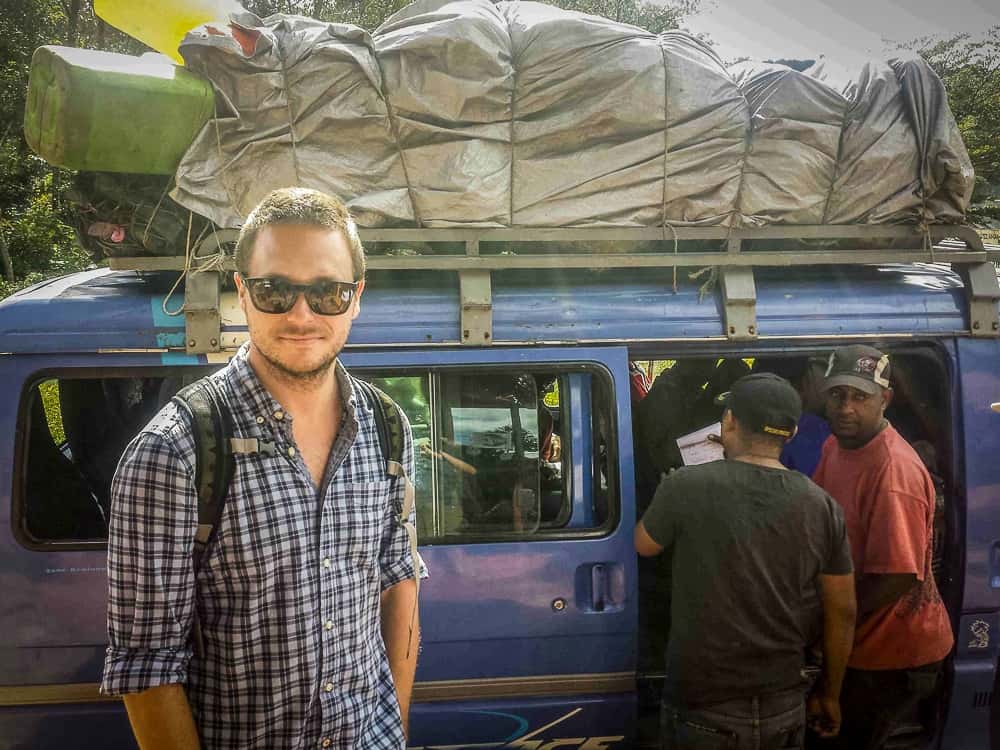 What is the one thing that is too large or impractical to travel with that you wish you could take with you when you travel?

A tripod. I remember trying to take pictures in Tokyo, Prague, or Antananarivo, at night, and swearing at myself for not having one.

Since your blog is mainly centered on food, do your travels revolve around eating places?

Yes. Looking back, I’ve realized that this had been a natural inclination for me all along. I have a series of pictures I took in the medina in Fes, Morocco, in 2007, way before ever considering travel and food as my main subject. It turns out that the thing that fascinated me the most about the medina was the butcher shop: I have a dozen of pictures of it!

Do you have any funny travel story?

I have a million funny travel stories. I might have to write a book full of them, one day. Most of them are quite salty, too! But I’ll keep it PG for the purposes of this column.

When I was 18, during my very first trip by myself, I went to Amsterdam. I got lost in the old town. It was my very first time in a land where people don’t speak either English or French. This was before smartphones. I got lost in the Amsterdam maze and forgot to write down where my hotel was, and even what the name of the hotel was! Of course my entire luggage was at the hotel. It took me nine hours to finally find it. This nine-hour adventure will stay with me forever!

Do you find it more time consuming to write or to keep up with social media?

I try to not “keep up” with social media. I try to avoid looking at it, especially when I have a lot of articles to write.

Besides blogging about food, what other interests do you have?

How does the saying go, again? “Jack of all trades, master of none”? That’s me.

• I played in different bands over the last 15 years. I was a singer, guitar player, songwriter, drummer. I listen to tons of rock music. And I like it loud!

• I’ve worked as a computer tech and smartphone repair man in the past. I used to be the tech editor and journalist for one of the largest websites in Canada. I reviewed laptops, cameras, smartphones. I hate having to call the repair man and I always try to fix everything myself.

• I’m an amateur mixologist. I love shaking cocktails for friends and family. I’m also an amateur cook. I bought myself a sous-vide kit and thermo-bath a few years back and I’ve been challenging myself with new recipes basically every day since. I’ve brewed my own beer from scratch for about a couple of years. It wasn’t half bad!

• And I’m quite up-to-date with current events and political and social issues. After all, it used to be my full-time job…

• I’m a photographer, which means that I spend too much time reading about photo gear. 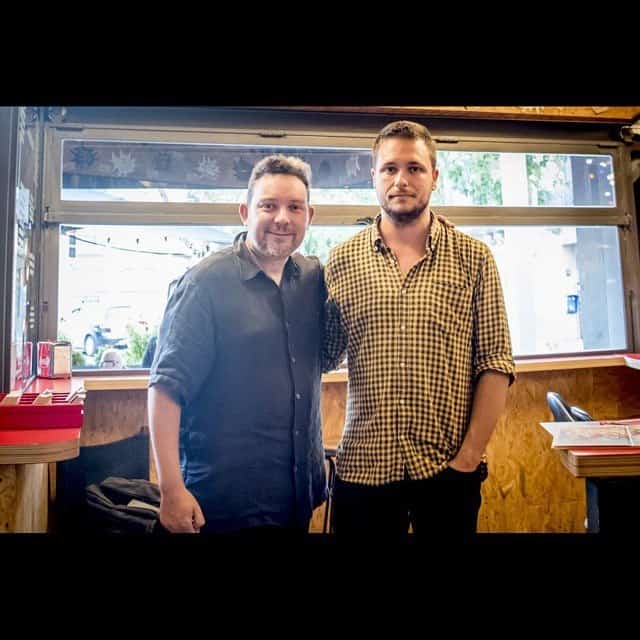 What is the strangest food that you have ever eaten?

It’s difficult to define the word “strange” when it comes to food. I’ve written an article about eating creepy-crawlies in Southeast Asia and had a lot of reactions from it. I’ve had delicious tripes in Italy, cooked by my uncle’s neighbor. The andouillette I had in Nice, France, was what I’d consider “strange”. Some people have their hair curl when they think about the different versions of baijiu containing snake, scorpion and other unappealing Chinese creatures. But for me, the strangest food I’ve ever eaten is probably KFC’s Double Down Dog.

What is your greatest passion?

Do-it-yourself. The old punk DIY adage is what turns me on.

Mushers, Sled Dogs and the Iditarod Sled Race in Alaska
Next Post: What to do in Lake Como on a Budget – Visiting the Playground of the Rich and Famous

All rights reserved © Travel Notes & Beyond. The material on this website is protected by copyright law. Republishing the content on this blog (including text, photography, etc.) is strictly prohibited.